In the late Middle Ages, glass, textiles, carpets, ceramics and metalwork from the Muslim Mediterranean and Mesopotamia were highly valued in Europe, because they came from the lands associated with the Old and New Testaments. Some of these objects were used in Christian rituals. These finely wrought and inlaid objects were highly sought-after luxury commodities in Venice, Italy and beyond.

These brass vessels are typical examples of the objects admired by art historian Giorgio Vasari, who praised their intricacy and craftsmanship. Many were designed for export to Europe. They are inlaid with patterns in gold and silver, based on curving arabesques, as well as Arabic and fictive Arabic script. These precious objects fascinated painters all over Italy, not least the Bellini family and their followers. They appear in many paintings of sacred scenes and they inspired many of the patterned golden haloes that identify saints in 14th-century and 15th-century paintings. 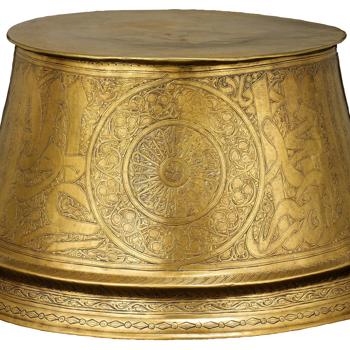 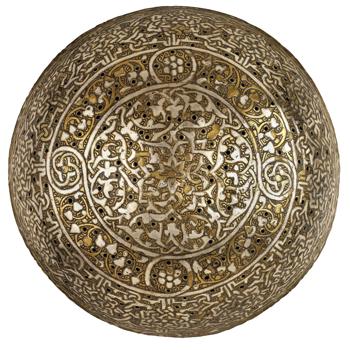